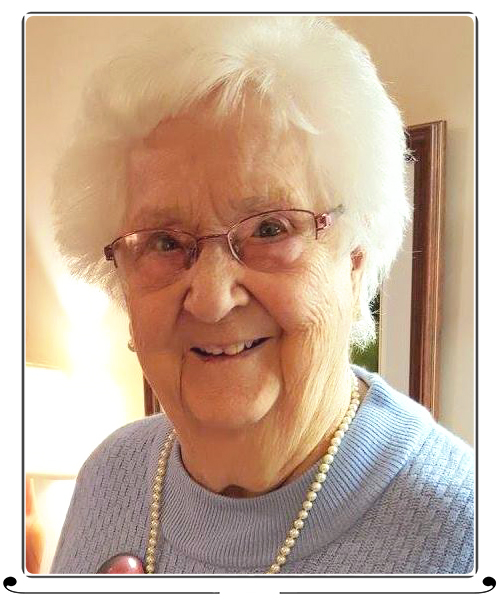 We announce with great sadness the passing of Joyce McKell
on Sunday, May 16, 2021 at the Barrie Memorial Hospital. 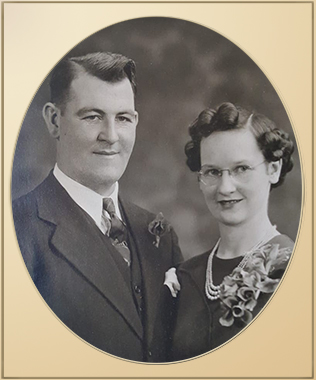 Cherished grandmother of fourteen grandchildren and ten great-grandchildren, nothing made Nanny happier than to have her family gathered together and she took an interest in what each of her grandchildren were doing.

Music had always been a huge part of her life, playing the piano as a young girl accompanied by her siblings on various instruments, to playing the organ at the Howick United Church for many years, to entertaining at senior residences with Donald and Gretta. Joyce continued to play the piano when she was a resident herself to entertain the others. 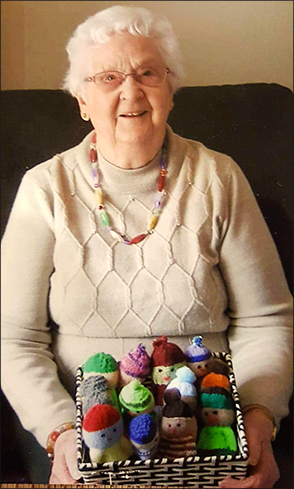 Joyce was known for her arts and crafts, particularly knitting and tatting, and won many prize ribbons for her handiwork, as well as her baking, at the annual Havelock Fair.

“Mrs. McKell” was a much-loved teacher at Franklin Elementary School, where she was known for being patient and kind. After raising her family, she taught there for 25 years before retiring in 1980 but Franklin School and her former pupils and colleagues always held a special place in her heart.

The family would like to thank the staff of the Barrie Memorial Hospital and the Maison La Source Bleue for the compassionate care given during her stay.

Due to Covid restrictions, a service followed by interment
will be held at a later date.