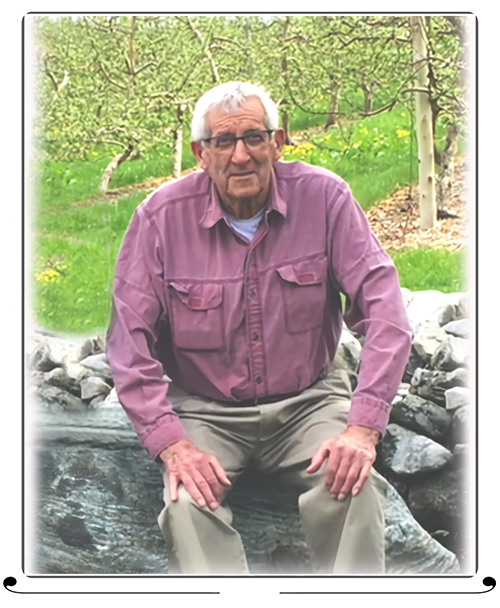 Glenn Waller passed away peacefully on May 30, 2022,
at the age of 96 after a long and healthy life in Franklin Centre.
…

He was predeceased by his loving wife, Anna Grace McCaig (1925-2006) and his brother, Carl Waller (1929-1959). He will be forever remembered by his sister, Iris Bisson and children Nancy (late Garry Lang), Bryan (late Shirley Anderson), Brent (Deborah Goodall), Lucinda (late Henry DeRooy) (Bert Looyen), and Robert (Elizabeth Kroeze), as well as a legacy of 12 grandchildren, 12 great-grandchildren, with four more on the way. Each one was cherished by him.

He was part of a close and large extended family. His presence will be missed.

A service will be held at Hillside Cemetery on Route 202 on Saturday, June 4, 2022, for family and friends. Donations may be made in his memory to Hillside Cemetery, c/o C. McClintock, 1588 1st Concession, Hinchinbrooke, QC J0S 1A0, or to the Women’s Auxiliary of the Barrie Memorial Hospital in Ormstown.